As anyone who even remotely follows this blog knows, our whole existence is essentially related to the arts. However, in the wake of the intense and tragic storm now devastating parts of the East Coast of the United States, I thought it appropriate to step away form the usual topics for a moment.

This horrible storm is likely to be the worst hurricane ever to hit the United States and is expected to effect more than 80 million people – that’s about one quarter of the country’s population.

As I watch the news this morning, I see far too many flooded streets and even more than 50 homes in New York City up in flames.

In our everyday lives, we often get complacent about things. We worry and complain about little things like the battery life of our cell phones or having to wait an extra five minutes in backed up traffic. It isn’t until something like this occurs that we stop to put things into perspective.

Keep the victims of Hurricane Sandy in your thoughts and prayers.

Halloween is right around the corner

It has become the second biggest commercial holiday in America and can be a blast for both adults and children alike. Considering my own personal affinity for this holiday, I figured this might be a good time to run another quickie Creative Dreamers contest.

Submit you photos (each person can submit up to five different ones) to me at tcrapromo@gmail.com.

All images should be Halloween themed and your own original work.

You will retain all rights to the images you submit.

Deadline for entries is October 28.

All photos will be displayed on our blog and the winner will be chosen based on reader votes.

We look forward to seeing your entries!

To all my blog followers…

First off, I wanted to thank all of you out there who have helped to make the Creative Dreamers blog a success, at least by my humble definition. Your comments, views, likes and of course follows are always deeply appreciated.

That being said, if any of you fellow bloggers out there could use a guest poster, I’d be glad to do the job. Providing your content need is in my wheelhouse of course. All I ask is at least one do-follow contextual backlink for my effort.

And as always, we welcome guest posters too. 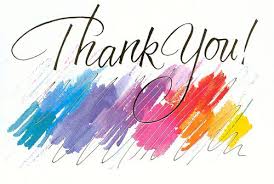 Birthday reflections and the arts

Well, today is my birthday

I’m now the ripe old age of 33. Wow, I can’t believe it. It seems like time goes so fast. To get back to the point here, I got to thinking. I wonder who many notable people in the arts share my special day. I did a little research and the number is actually quite extensive. That being the case, I decided to include a very brief list for your enjoyment.

Senior photos are getting a makeover

Senior photos used to be all pretty uniform

– Vertical images from the shoulder up

Sure shots like this can be nice but then again they can also be boring. They rarely offer the opportunity for students to showcase their unique personalities. Perhaps that is why in recent years, schools have begun to allow more flexibility in what they will publish in yearbooks.

To date, I have shot senior portrait photos for students from four different school districts. And each district had a very different set of requirements. But I really do think the trend seems to be moving toward a less rigid and more creative style for senior photos.

Here are a few samples of my work below:

Are zombies the new vampires in art, fiction and everyday life?

Vampires have been the recent craze of this generation.  Everywhere you look, you get a good taste of an overly romanticized monster that looks like he’s drinking more muscle milk than blood.  Young tweens have been caught in this trance through Hollywood’s dramas such as Twilight, Vampire Diaries and True Blood.  The list goes on, but I sure hope that this fascination wears off before the Zombies get too irritated.

Though our society tends to be filled with an endless amount of lifeless bloodsuckers, the majority of people everywhere act more like zombies.  Firstly, when walking around you don’t usually see people with super speed or strength gliding through the air – even if they have had their morning coffee.  When Monday morning rolls around, the zombie in everyone is extremely apparent. You pull yourself out of bed and mindlessly walk from one place to the next only to stop for food, the basic necessity.  You cannot really speak to others like a functioning human.  You have no intention to attack others, but you could really care less about recognizing their existence.

Ever noticed how every zombie looks pretty similar?  Every classic film or publication features a lifeless individual with sunken eyes, a glazed over demeanor, the same clothes and an aggravated look on their face.  Sounds like corporate America to me.  Everyone has the same baggy suit that was handed down from their father.  They go to work in identical cubes with an undeserving salary.  Their only desire is self-survival.  I don’t see vampires going to work or even doing anything besides hunting pray that doesn’t stand a chance.  At least when zombies attack they move slowly.

Vampires also do not sleep or eat.  They defy all odds but can’t even step into the daylight.  Well for some of us, waking up before 1pm is difficult – but not impossible.  Americans, especially, have an obsession with food and sleep that cannot be denied.  You are diagnosed as mentally ill if you fail to do either of those functions properly.  Hello folks, we are not vampires.  Zombies too have this uncanny ability to navigate through life with only one care in the world, eating.  Most humans are terrorized by blood; some even pass out at the mere sight.

Don’t even get me started on the musical tastes of today’s youth.  Vampires are often portrayed as these classical characters that have refined their artistic palette throughout the infinite years of their existence.  Zombies, like humans, aren’t that cultured.  Many people are completely oblivious to the fine arts that are in the present, past and future as well.  Even look at the music kids are listening to these days.  They blast dubstep and electronic music that can only be danceable if you do “the zombie”.  Flailing your arms and bobbing your head have become extremely popular when hitting the dance floor.

So get over your crush on Edward Cullen and focus on reality.  The zombie apocalypse is on its way, and you should recognize your roots before it’s too late.  You wouldn’t want them to show up and see you fanaticizing about being bit on the neck by their enemy.  Jump on this band wagon before they are headed for you.  They could be closer than you think.

Commonly confused words and the correct ways to use them

As a  native English speaker, I can assure you that many of us who are sometimes overlook the challenges and complexities our language present. In fact, I’ve even heard it said that English is one of the most difficult languages to learn  as a second language. Even for those of us who grew up speaking it as our primary source of linguistic communication, there are a few things that often result in confusion and technical errors.

With that in mind, here is a link to an excellent source from the good people at  Writer’s Digest that helps to differentiate between commonly confused words.

Home in vs. Hone in