The Distinguishing Characteristics of Art and Not

While I am pretty sure I have addressed this in the past on this blog and am certain I have done so in a number of other forums, it is an important issue to many and thus bears repeat commentary.

Sexuality and the naked human form ARE NOT something that should automatically be seen as dirty, bad, immoral…Both are part of human nature and in essence should be celebrated in an appropriate and respectable manner. I am a true believer in the idea of moderation and this fits perfectly into that concept.

So, you may ask, where do we draw the line? For many, this is a rather subjective issue and is hard to determine on a concrete basis. In fact, Supreme Court Justice Potter Stewart once said about obscenity and pornography that although he could not define it, “I know it when I see it.”

In my humble opinion, having worked with nude and semi-nude models on many occasions, I see some elements that surely distinguish the two.

If any of these are the case, the subject matter is mostly likely if not definitely pornographic in nature:

1. The major or only focal point of the piece are the breasts, vagina, penis or anus when these parts being stimulated via another person or object.

2. The purpose of the work is pretty clearly nothing more than to insight sexual arousal. So, there does not seem to be any real artistic intent.

3. The work is meant to be used in conjunction with something else to produce arousal (i.e. a photo of a magazine centerfold that may or may not be fine on its own that the editor couples with a graphic, sexual story).

Basically, there must be something more to offer than just sexual desire. For example, the way the light showcases the curves of a torso, an emphasis on pose and positioning of the body for a more aesthetic appeal or perhaps a focus on the creative use of space and color.

The bottom line really comes down to this: 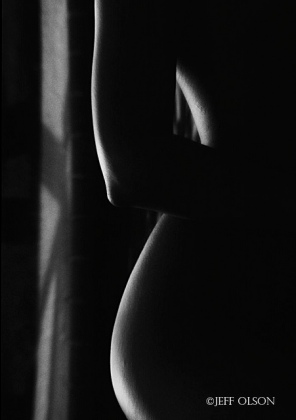